An amazingly in depth review of Longtails: The Storms of Spring! Give it a read for more info if you’re on the fence about the book!

Let Me Tell You the Story of...

This month, I am going wild and doing a lot of animal books for my reviews. Part of how I choose my theme is by which indie book I want to read, and Mr. Headley came up on my blog radar.  I am a closet fan of YA, and I really like Redwall.  By the description, it sounded like The Longtails Saga was going to be a sort of post-apocalyptic Redwall.

As a whole, my assumption was mostly true.  Magic was involved in the story, and the culture of the mice was a combination of modern American and East-Asian rather than medieval English.  One of the things I didn’t like about it was it had a lot of references, reminiscent of Ernest Cline’s Ready Player One.  I hated RPO, but if you liked both RPO and Redwall, you should DEFINITELY read Longtails.  Even with the references…

Hello everyone!  Wow, what an amazing week it has been releasing Longtails: The Storms of Spring.  I can’t wait to hear what you guys think of it!  This week we have a new fanart from the amazing Daisy Vayle who did one of the first ever Fanart pieces for Longtails.  This time, we have a piece of Del reading some comic books, his favorite past time! 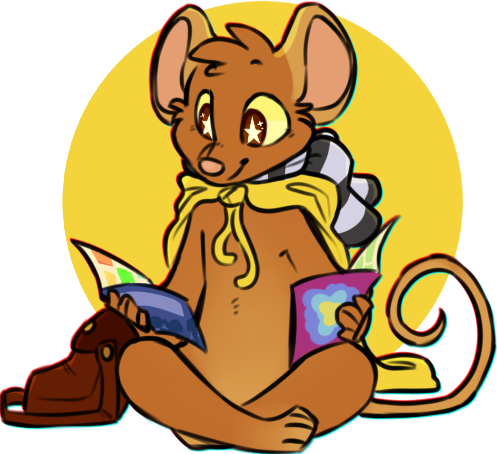 With Longtails releasing, I wanted to release the Acknowledgments from the back of the book.  Let’s face it, whether you read the book or not, these amazing folks deserve to be praised!

A lot can change in a very short amount of time. If The Storms of Spring has taught me anything, it’s that what you expect and what actually happens are very often completely different. When I released my last novel, A Home for Wizards, over two years ago, in one of the worst snow storms to ever hit New York City, I had no idea I was about to embark on one of the most challenging years of my life, followed by one of the most incredible. Not two days after the release of that book, I signed a contract to write Apollo’s Landing, an idea which I knew was a sure winner. In fact, I even said that it would be one of the easiest things I’d ever written. Oh, how wrong I was.

END_OF_DOCUMENT_TOKEN_TO_BE_REPLACED 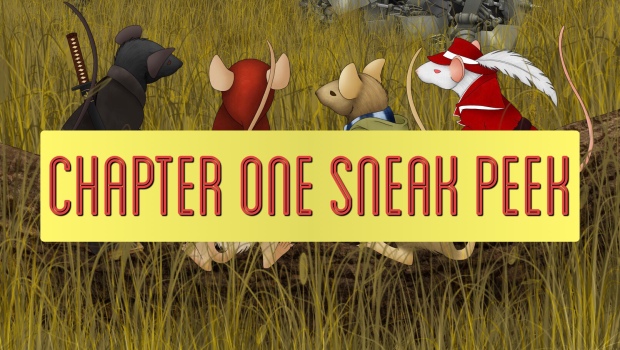 Ruins of human civilization lay as the bedrock of a new world order governed by animals of all shapes and sizes.

Biological warfare and radiation during World War 4 have had surprising effects on the creatures of the world.  Some for the better.  Some for the worse.  Raccoons scour the countryside for motorbike parts.  Squirrels have taken to the sky aboard flying ships.  Danger lurks around every corner.

A large population of mice, small as they are, has migrated to the city of Verden.  There, they created a thriving society protected by a magic-casting, sword-wielding team of intrepid soldiers, adventurers and explorers—the Longtails.

This is their story.

The Not So Special Mouse

Del Hatherhorne was anything but a hero.  In fact, he was the epitome of a nobody as far as mice were concerned.  His short, coarse fur was the color of brown commonly referred to as mouse-brown.  Typical.  His whiskers were of perfectly average length.  Forgettable.  His tail was not too long—nor too short, and his belly was rounded in a way that suggested he didn’t get much exercise but also didn’t gorge himself on treats.  Ordinary.  Even his age was average.  He was six seasons old, making him no longer a youthful mouse, but also not elderly.  But it wasn’t just an amalgamation of his height, weight, age or appearance which made Del so unfathomably unmentionable.

END_OF_DOCUMENT_TOKEN_TO_BE_REPLACED

I’ve posted art from Tiny-Tina before, and it should come as no surprise that I asked her to do even more art of the Longtails characters.  This time around, we have Artemis Truffel, the brave and bold captain of the Black Truffel.  Of course, Tina has her looking adorable, even if she is the fiercest skyrate in the skies.  I love it!!! 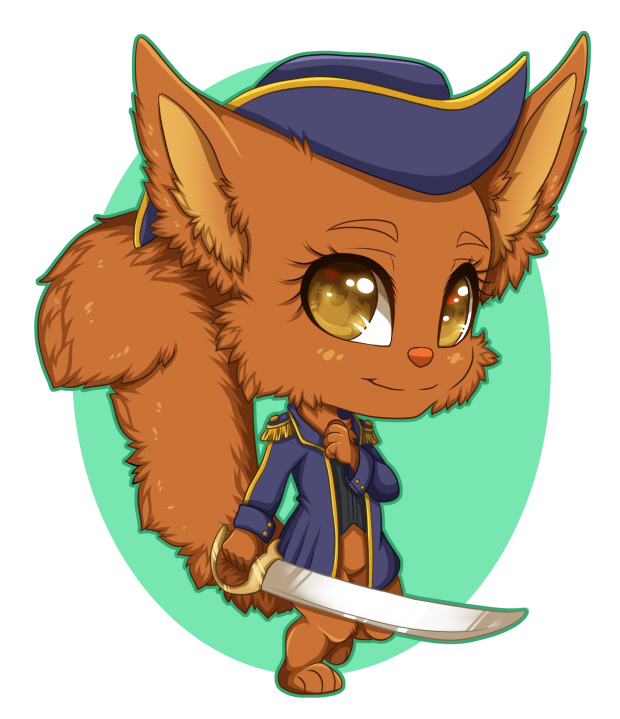